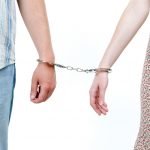 Does an individual have a basic social obligation to provide income security to a former spouse?

The other day, as I was getting ready to meet with my lawyer, I decided to brush up on spousal support matters and landed on a Department of Justice web page dealing with the Spousal Support Advisory Guidelines. This particular page is called F. Developing the spousal support guidelines: Beginning the discussion, and was written in 2002, almost 20 years ago. I was interested in the background of spousal support, and found myself reading section III: Theories of Spousal Support.

The article continues, “This justification for spousal support draws on public policy concerns about conserving public resources requiring that the basic needs of former spouses be first satisfied through private sources of support. The family, rather than the state, is understood to have primary responsibility for meeting the basic income-security needs of its members […] this theory inevitably draws on judicial sympathy for spouses in desperate financial circumstances and a recognition of the stigma attached to welfare and the meager levels of support provided by the state” (emphasis mine).

Wow! So our Justice Department freely admits that the state provides such ridiculously low sums for people in need that recipients can only end up plunged into poverty, and therefore the solution is to make a (former) family member responsible for providing welfare to former members, thereason being to “conserve public resources.” I wonder how much money the government actually saves off the backs of paying spouses.

It goes on to say that “the Court describes the ‘mutual obligation’ model of marriage […] as placing the primary burden of support for a needy partner who cannot attain post-marital self-sufficiency on the partners to the relationship, rather than on the state, recognizing the potential injustice of foisting a helpless former partner onto the public assistance roles [sic]” (emphasis mine). Once again the contradiction in terms here is interesting. Someone trying to attain post-marital self-sufficiency is no longer a “partner,” and there are no longer “partners to the relationship” by definition.

So what we have here is a social welfare system – including disability pension and other forms of support – which the government itself admits is insufficient for those who are unable to become self-sufficient. And instead of doing something about this fundamental problem, it puts this responsibility on the shoulders of individual citizens, i.e. former spouses. As a taxpayer, I expect better from the social safety net. Obviously, it’s not good enough. But the solution is not to make me, a private citizen, a private welfare provider or private disability insurer.

This site uses Akismet to reduce spam. Learn how your comment data is processed.